Tesla is popping up in video games more frequently now, as a new collaboration with PUBG Mobile shows several elements of the electric automaker have been added into the game’s main mode. The Model Y, Tesla’s all-electric crossover, and the Tesla Semi also made their way into the virtual gaming world for the first time, with the Model Y even featuring a self-driving mode similar to that of Tesla’s Autopilot.

PUBG Mobile 1.5: IGNITION is a Battle Royale-style game, meaning that a lobby of between 80-150 players all spawn into a virtual world with the goal of being the last one standing. Utilizing resources like weapons, ammunition, health materials, and building supplies, the objective is to survive as long as possible while also defeating and eliminating enemy players. This style of game was made mainstream several years ago with the introduction of the trendy video game Fortnite. While other battle royales existed, Fortnite launched it into the mainstream.

“The technological transformation of Erangel has caught the attention of Tesla,” PUBG Mobile wrote on its website. “Tesla will build a Gigafactory on Erangel to produce classic models of its cars, as well as provide more technologically advanced autonomous driving experiences and supply transportation solutions. In the new mode, Mission Ignition, players will be able to experience Tesla exclusive content.”

PUBG is widely popular as well, and it is pretty interesting to see the Model Y make its gaming debut in a non-racing game, as many other Teslas have. In past editions of Forza Motorsport, vehicles like the Tesla Model S P85 have been included as purchasable vehicles, giving gamers the opportunity to experience all-electric instant torque and horsepower…sort of. However, a game based on survival and outlasting others isn’t too far-fetched, especially with the Model Y’s added Autopilot functionality in the game and other interesting real-world features like the car’s double-paned glass. (I say that satirically).

According to PUBG Mobile’s official website, the Tesla Semi is also available in the game, but not available for gamer control. Instead, the vehicle will “spawn randomly along the road in the wild and will drive automatically on specific routes.” Gamers will have to shoot the Semi until it is destroyed so they can obtain Supply Crates. These crates will supply gamers with things like ammo and additional weaponry.

The game also includes a small Gigafactory in the map’s area of Erangel. This is where the player’s manufacturing chops will be put to the test. Model Ys are not just lying around on the road for gamers to take; you’re going to have to build it yourself. By activating a series of switches and levers, the Gigafactory will come to life, bringing in a full-scale sneak peek of the highly automated lines that Tesla already uses in its real-world production facilities. After a few minutes, the Model Y will be ready to roll off production lines, and the player will have the ability to take the speed and performance for a spin, all while avoiding enemy players, of course. 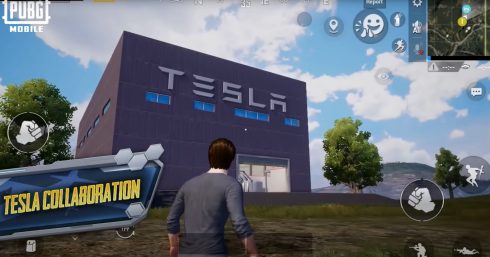 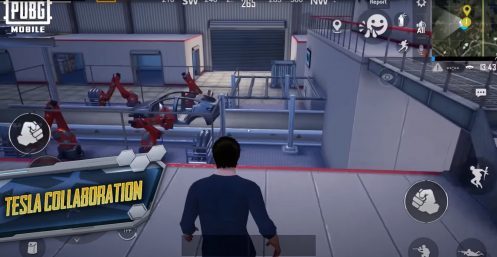 In a game like this, it seems the Tesla Cybertruck, with its ultra-strength Tesla Glass and impenetrable stainless steel alloy, would be the more popular choice among doomsday gamers. However, this vehicle hasn’t yet been added to the PUBG Mobile platform, but there are no indications that it won’t happen in the future.

Check out a quick preview of Tesla’s appearance in the PUBG Mobile 1.5: IGNITION game below.