Remember the original Galaxy Gear? It was among the very first Android Wear devices, released way back in the halcyon days of 2013. A huge experiment in wearable tech, it was every inch a first-gen product, including an oddball 1.9MP camera mounted on the proprietary wristband. In the years since Samsung switched from Wear to its internal Tizen OS, eventually sending an update that completely overwrote the original OS in 2014.

If there’s anyone who’s been using their OG Galaxy Gear SM-V700 for the last eight years, and stubbornly refusing the switch from the original Android Wear to Tizen for the last seven, you have an ultimatum coming up. SamMobile reports that, starting August 5th, Samsung will no longer support the original Wear software for the Galaxy Gear. At that point you’ll need to accept the 2014 upgrade and the system-wide switch to the Tizen operating system in order to download new apps and updates from the Galaxy Store.

This will require a hard reset and wipe of all existing data on the watch. Users will want to back up any personal data, including photos, and they should be aware that not all Android Wear apps have a Tizen counterpart. 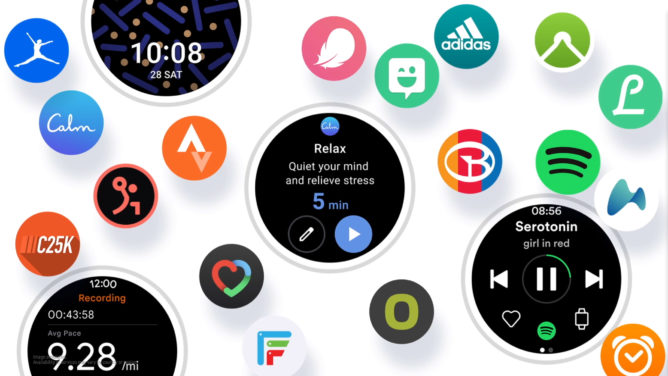 It’s a curious time for Samsung to make such a proclamation. Earlier this year the company announced that it’s switching from Tizen back to Wear OS, a new, revitalized version of the Android-based system created in conjunction with Google itself. We haven’t heard any definitive news of existing Gear or Galaxy Watch devices getting an upgrade from Tizen to the new Wear OS. But the next Samsung flagship wearable, the Galaxy Watch4, will run the new Wear OS at launch.

If you’ve been using the Galaxy Gear for eight years, please, sound off in the comments, and post some photos if it’s not too much to ask.