At this point, anyone running Android 12’s beta on their phone has been flooded with Material You. As we’re approaching a stable launch for Google’s next major OS update, all of its apps are getting splashes of color, alongside some more extensive redesigns for certain services. Calendar’s update was scheduled to arrive on Monday, but as with any good planner, it’s arrived early to the party.

If you’re looking for a substantial rethinking of how a calendar app looks and functions, this certainly isn’t it. Outside of some extra color, this is the same Google Calendar you know and love. Whether you’re on Android 11 or Android 12, you’ll see a newly-colored banner along the top of the app, though only the latter can take advantage of dynamic theming.

Left: Material You update on A11. Middle: Dynamic theming on A12. Right: New event page on A12.

Google has brought over the squircle-shaped floating action button from Contacts and Phone for new events and tasks, and the daily schedule widget now pulls from your backdrop as well. 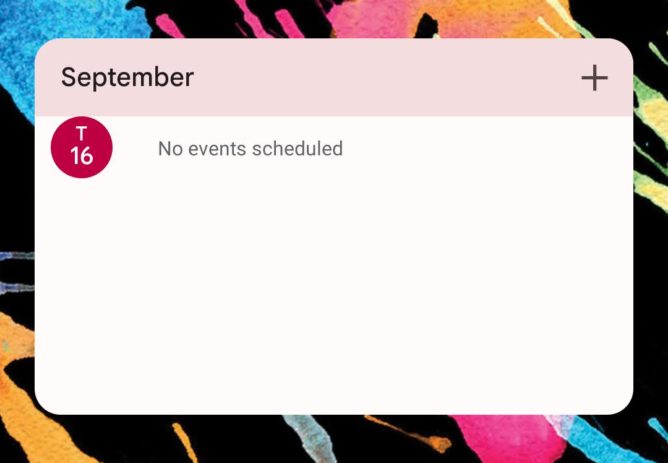 All in all, it’s a minor change, but one that should fit Android’s new look a whole lot better when the latest version is released to the public in a few weeks.

Google Calendar’s new look is coming to devices now via the Play Store, but you don’t need to wait for your device to get its update. You can download the APK from APK Mirror right now.