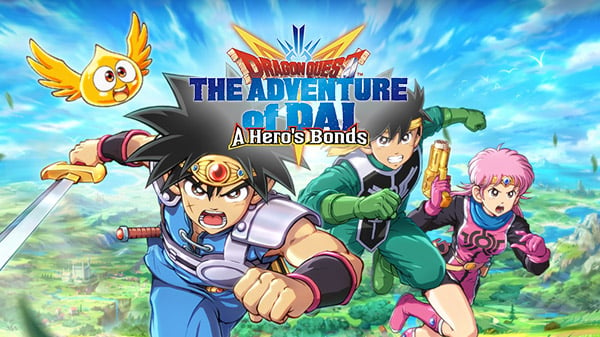 Square Enix will release DeNA-developed team action RPG Dragon Quest The Adventure of Dai: A Hero’s Bonds for iOS and Android in the west, the publisher announced. Pre-registration is available now for Android via Google Play.

Square Enix will host an Android closed beta test for the west from April 7 to 15. Registration is available now until April 4.

Here is an overview of the game, via its official website:

Fight on, Disciples of Avan!

In a world tormented by the forces of evil, a swordsman and his companions set out to defeat Hadlar, the Dark Lord.
It has been many years now since The Hero restored peace to the land…

On an isolated island in the southern seas, a boy named Dai lives among monsters, yearning to become a hero himself someday. However, everything changes when the Dark Lord is revived.

With another crisis facing the world, Dai makes a promise to his mentor, encounters new friends, and slowly learns about his own inescapable fate… This is the beginning of Dai’s adventure, and his quest to become a true hero!

Travel between two worlds, forge bonds with your friends, and fight!

Watch a teaser trailer below.