Videocardz has done it again. A few hours before the official launch of AMD’s EPYC 3 lineup (codenamed Milan and officially the 7003 series), the full SKU list and pricing were leaked by WhyCry. The AMD EPYC 7003 ‘ Milan’ lineup features AMD’s Zen 3 microarchitecture and will provide a significant step up in IPC for enterprise and data center customers in the EPYC ecosystem.

Before we go any further, here is the official announcement: (which is due in about 4 hours at the time of writing)

The launch will be accessible on the 3rd Gen AMD EPYC launch site starting at 8 a.m. PT/11 a.m. ET. A replay of the webcast can be accessed after the conclusion of the live stream event and will be available for one year after the event.

The primary difference between Rome (EPYC 2) and Milan (EPYC 3) is the difference in microarchitecture. Where EPYC 2 used Zen 2, EPYC 3 will use Zen 3. The only other difference is in the clock speed (because of a more mature 7nm process). Where Zen 2 based parts could clock to a maximum of 3.9GHz on the lightest SKU, Zen 3 can clock up to 4.1 GHz. The wattage remains the same at 280W and both parts have access to 128 lanes of PCIe 4. RAM also remains constant at 8 channel DDR4 3200 EEC. Both Rome and Milan have an 8 CCD design with 1 IO tile. All EPYC 3 parts contain 128 lanes of PCIe 4.0 , 8 channels of DDR4 and 3200 MHz EEC support. 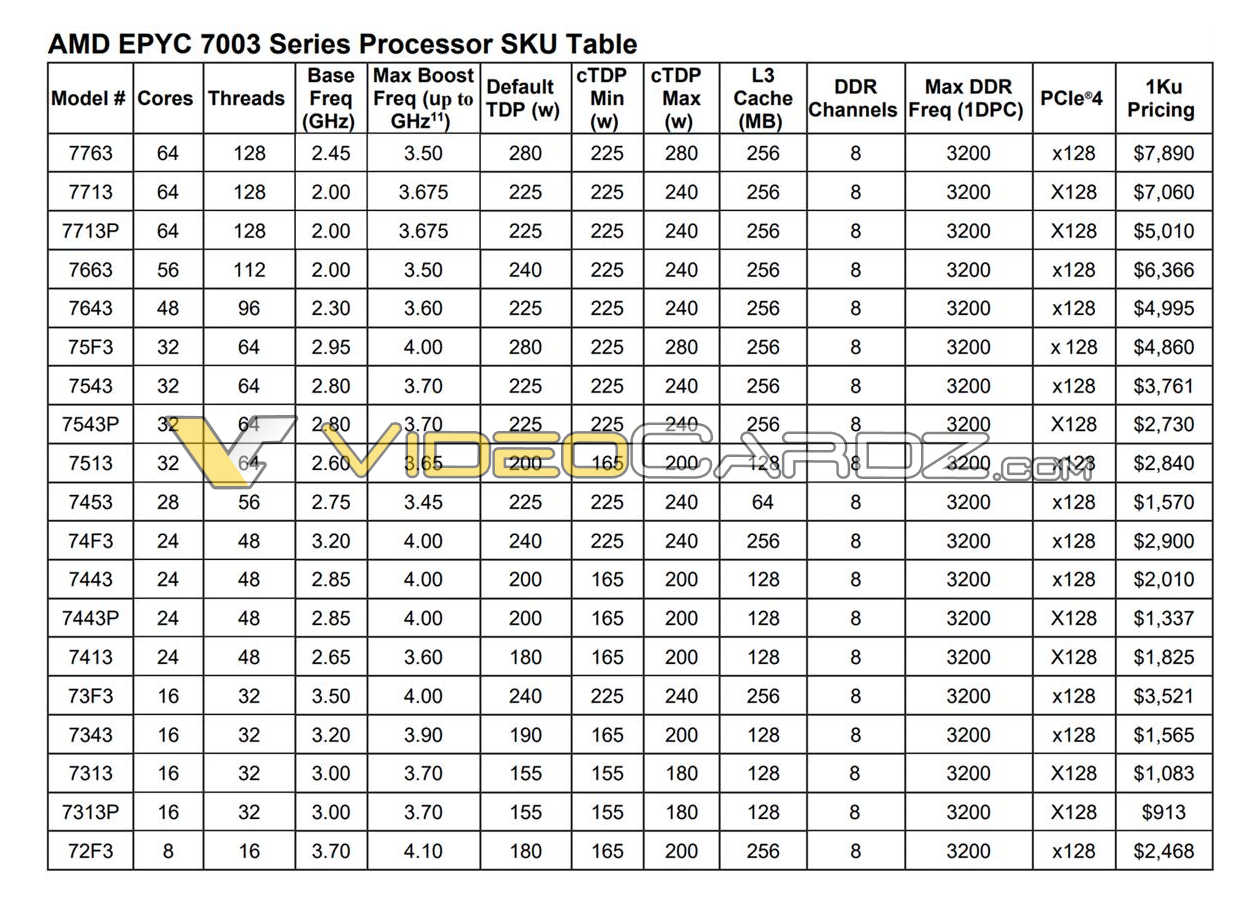 Keep in mind that all of these processors support error-correcting memory – which is a must-have in the data center environment and represent an overall reduction in TCO (total cost of ownership) considering the larger running cost savings. AMD’s EPYC 3 platform will be going up against Intel’s Ice Lake server lineup which is expected to launch sometime in 2H 2020.

The only issue with AMD EPYC parts that we can foresee that might give Intel the edge is one of supply. Since all roads lead back to TSMC and the Taiwanese foundry is currently severely supply bottlenecked due to orders from pretty much everyone and their mother, AMD’s obviously winning EPYC parts are going to be limited by the number of wafers TSMC can churn out. This might give Intel some breathing room to catch up once Ice Lake launches – assuming of course, that it doesn’t get delayed like every other 10nm launch so far. The official launch will happen in a few hours.